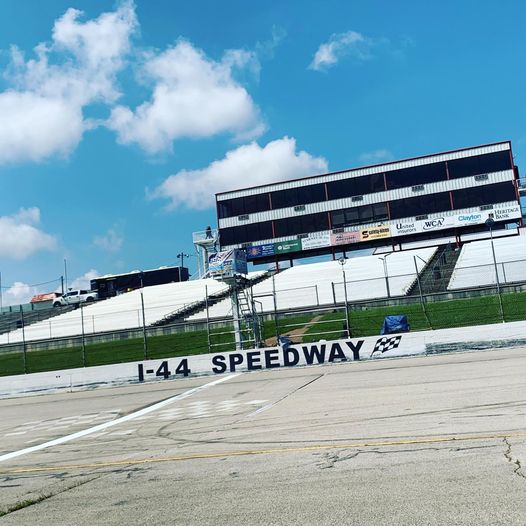 ·      Saturday’s Zinsser SmartCoat 200 was the 14th race of the 2020 ARCA Menards Series season and marked the eighth of 10 Sioux Chief Showdown races.

·      Holding a 45-miniute practice session at the high-banked track, Smith paced the group in 5th, followed by Self in sixth and Dollar in eighth.

·      General Tire Pole Qualifying allowed each driver two timed-laps around the .375-mile facility. Smith posted the second fast time, followed by Self in fifth and Dollar in eighth.

·      Green flag in the air, chaos almost immediately ensued, as the bottom grove of the racetrack was wet due to weepers. Smith and Dollar found themself pinned on the bottom and battling the wet track.

·      Battling his way back to the front after settling in, Smith was sent spinning when a competitor got into his left rear, bringing out the nights first caution.

·      While under caution, Dollar radioed crew chief Shannon Rursch, that he was losing power. The team quickly diagnosed the issue as a bad battery and went to work fixing the issue. Dollar would end up being trapped six-laps down, however.

·      With the first break coming early at lap-72, all three VMS teammates came to pit road. Dollar and Self took tires, fuel and a round of adjustments while Smith’s team continued to work on fixing the damage from earlier.

·      Self, having already overcome an incident earlier, where a competitor sent both of them sideways in turn-two, was once again the victim on lap-150 when he was sent into the outside wall of turn-three, this time receiving heavy damage.

·      After a string of bad luck and on-track incidents, the checkered flag waved and Self came home sixth, Smith eighth and Dollar ninth.

·      On deck next for VMS is the ARCA Menards Series race at the Toledo Speedway, on Saturday, September 12th. The race will be the first combination race between the ARCA and ARCA East Series. VMS will field Toyota entries for: Drew Dollar, Chandler Smith, Michael Self and Mason Diaz.

“Unfortunately we had a battery go bad on us at the beginning of the race and we started to lose all power. I want to say thank you to all of my Venturini Motorsports crew guys for working so hard during the race to keep our Sunbelt Rentals Camry out on the track. Hoping for a better outcome and to be able to battle for the lead next week at Toledo Speedway.”