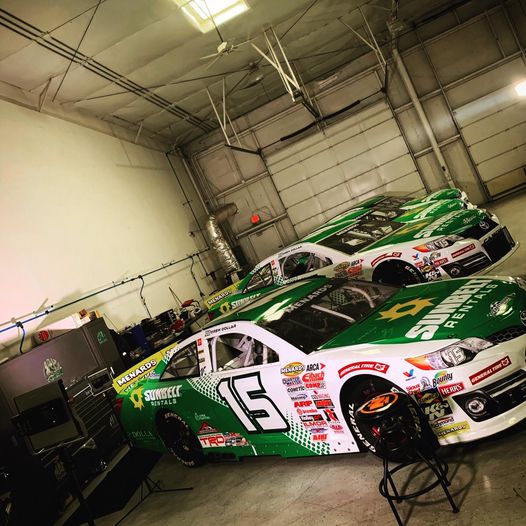 ·      Venturini Motorsports (VMS) fielded four Toyota Camry’s for the combination race: No. 15 Drew Dollar, No. 20 Chandler Smith, No. 25 Michael Self and No. 25E Mason Diaz

·      Holding a 45-miniute practice session, Self paced the group in fourth, followed by Smith in fifth, Diaz in eighth and Dollar in ninth.

·      Green flag in the air and all four VMS entries immediately were on the move forward. Smith took the lead by lap-two, while the duo of Dollar and Self headed towards the top-five and Diaz cracked into the top-10.

·      Utilizing the first break on lap-75 everyone came to pit road for tires, fuel and a round of adjustments.

·      Shortly after the restart, a competitor got underneath Dollar entering turn three and sent him hard into the outside wall, ending his day early on lap-87.

·      Self, having already overcome an incident earlier, where a competitor sent both of them sideways in turn-two, was once again the victim on lap-150 when he was sent into the outside wall of turn-three, this time receiving heavy damage.

·      On deck next for VMS is the ARCA Menards Series race at Bristol Motor Speedway, on Thursday, September 17th. The race will be another combination race between the ARCA and ARCA East Series. VMS will field Toyota entries for: Drew Dollar, Chandler Smith, Michael Self and Mason Diaz.

“Another rough race for us at Toledo Speedway Our Sunbelt Rentals Camry was the best short track car we’ve had all year until we ultimately got taken out by someone else’s mistake on track. Bad results, but I think we learned some things as a team that we can build on. We’ll battle back and head to Bristol (Motor Speedway).”