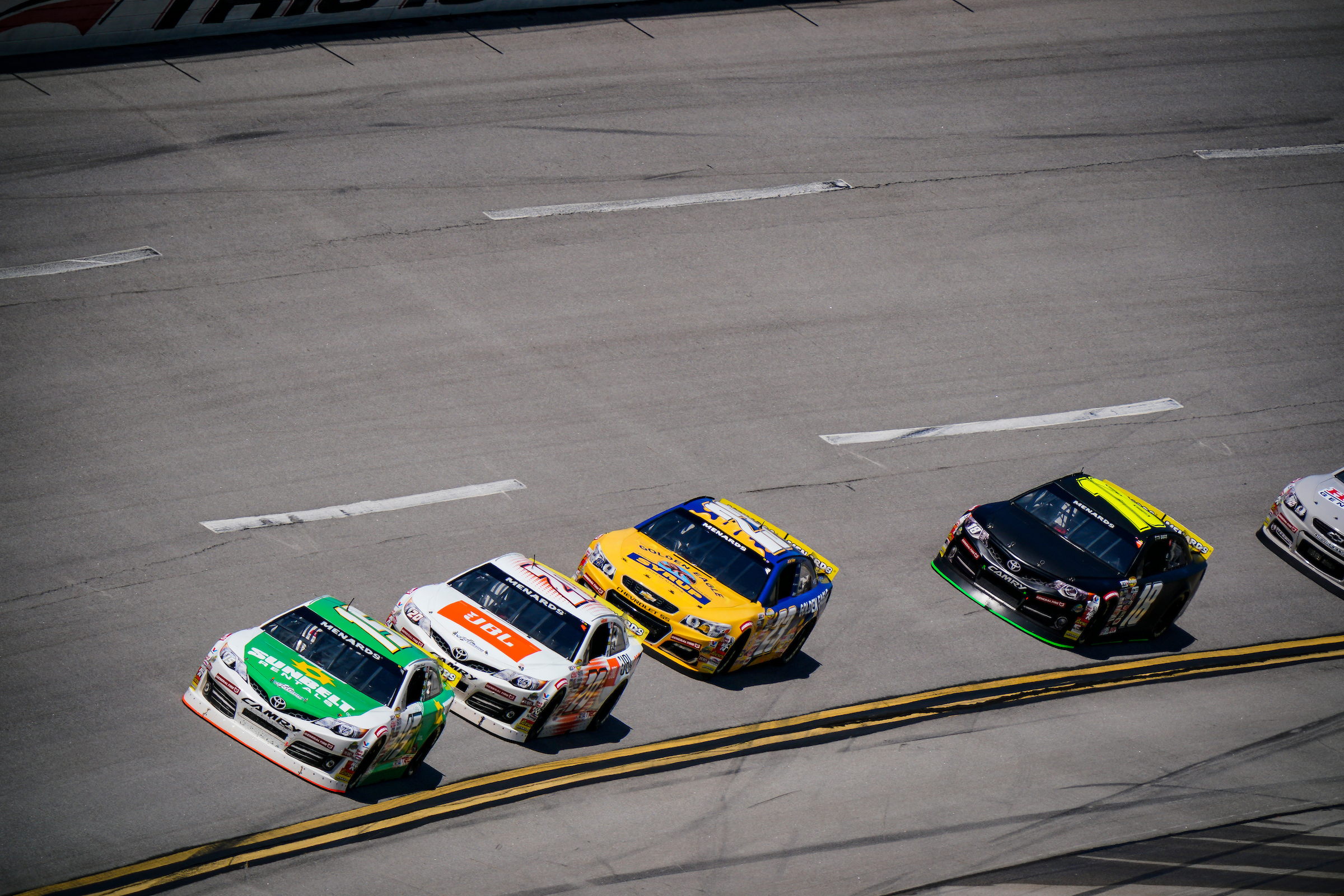 After the tandem of Corey Heim and Drew Dollar flexed their Toyota muscle throughout much of the afternoon, Saturday’s Talladega classic came down to a one lap shootout following a late caution. Lining up third behind Bret Holmes and Nick Sanchez, Heim relied on strong restart and huge push from Dollar to split the leaders and race his way around the 2.66-mile track to find the checkered flag.

Winning the season opener at Daytona, Heim claimed his second victory of the season and his third over his last four series’ starts extending his early season points lead over the competition.  Heim who was raised only 110 miles away in Marietta, Georgia became just the second ARCA driver to sweep both races in a single season since 1992. Heim’s Talladega victory gave his team – Venturini Motorsports their second consecutive win at the famed track and the organization’s 74th overall in series competition.

With the post-race focus on Heim, VMS teammate, Drew Dollar (No.15 Sunbelt Rental Toyota) could’ve easily been the driver parked in Victory Lane.  Finishing fourth, last season’s Talladega race winner led 28-laps on the day, moving himself up to second-place (14 points behind Heim) in the series’ driver point standings.

Seeking redemption after a slow start to the season, Gracie Trotter’s (No.25 Mobil1 Toyota) bad luck continued.  After starting third, Trotter, in the wrong place at the wrong time, found early trouble when the No.11 car driven by Richard Garvie was moved up into her high line delivering a blow to the side of her Toyota, cutting the front left tire. Still able to drive, Trotter pitted for tires but went a lap down and was never able to recover –finishing 22nd.

The ARCA Menards Series will return to action Saturday, May 1 for the Dutch Boy 150 at Kansas Speedway. The race is scheduled to broadcast live on FS1 starting at 1:30PM EST.