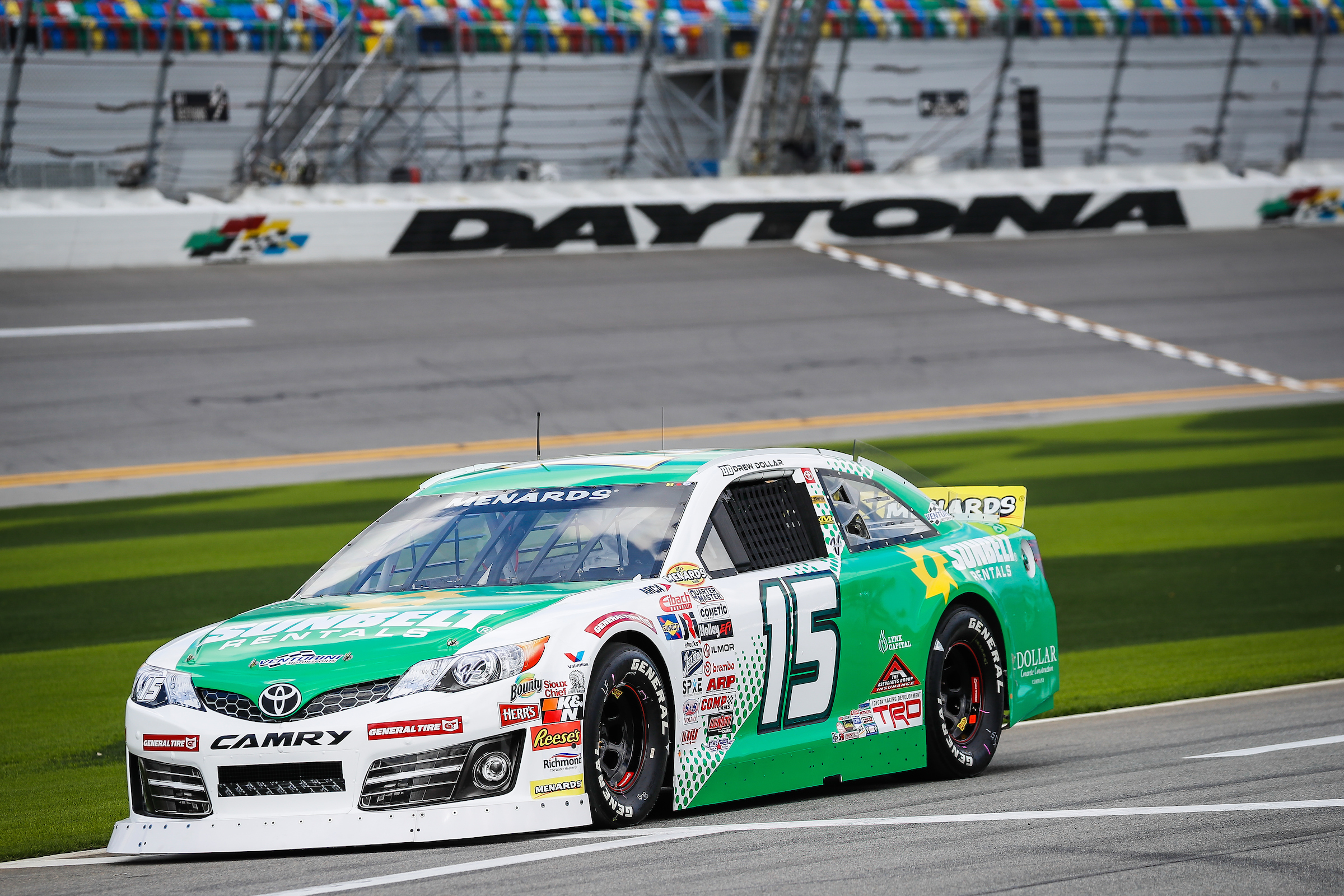 Heim led a race high 38-laps behind the wheel of his bright No. 20 orange and white JBL Audio Toyota, crossing the stripe at the end capturing the biggest win thus far in his young career and his second overall series’ victory in as many races. Heim took the checkered flag in last season’s finale at Kansas Speedway.

“I gotta give it all to (crew chief) Shannon Rursch,” said Heim, of the final restart with one lap to go. “He made the perfect call, executed this race perfect. He dialed this JBL Camry in perfect. I can’t give enough thanks to Toyota, Venturini Motorsports, JBL, and all the guys who make it happen.”

Winning on racing’s biggest stage, the Georgia native secured his name in history by giving the longtime ARCA team, Venturini Motorsports (VMS), their fourth consecutive season opening victory at the famed track and their sixth overall team win at Daytona.

A caution with four laps to go set up Saturday’s overtime finish. With Heim, the leader, taking the top lane and Drew Dollar (No.15 Sunbelt Rentals Toyota) on the bottom, the latter let the former move to the inside so the duo could work together in the draft.

Even with Dollar’s car damaged and lacking power steering, the plan worked to perfection, and VMS ended the race with a 1-2 finish. Dollar, who started the day winning his first career General Tire Pole Award, dominated early leading the first 18-laps of the race.

“I felt like that was really all we could do there,” Dollar said of the last lap. “We had a superfast Camry today; just didn’t really have what it took to win once we had damage.” “I gotta give a lot of props to Drew Dollar,” Heim added. “He really helped me there at the end, just him being right behind me. I know he’s got a little bit of experience and just raced Friday night’s Truck race, too. Really trusted him, and it paid off.”

VMS’ other pair of drivers, Gracie Trotter (No. 25 Mobil 1 Toyota) and Derek Griffith (No.55 SpotOn Toyota) also had strong cars and both led laps during the 80-lap event. Trotter, who took the race lead towards the midway point, led 8 circuits before Griffith briefly took it away. Attempting to reclaim her top spot the following lap, Trotter made contact with Griffith’s bumper sending his car sideways as it sustained heavy damage collecting oncoming traffic on the track.

Griffith, forced to retire, was credited with a 30th place finish. Trotter would not fully recover, but finished under green in the 23rd place position.

The ARCA Menards Series will return to action on Friday, March 12 at Phoenix Raceway. That race will be a combination event with the ARCA Menards West and will mark the West Series’ season-opener.