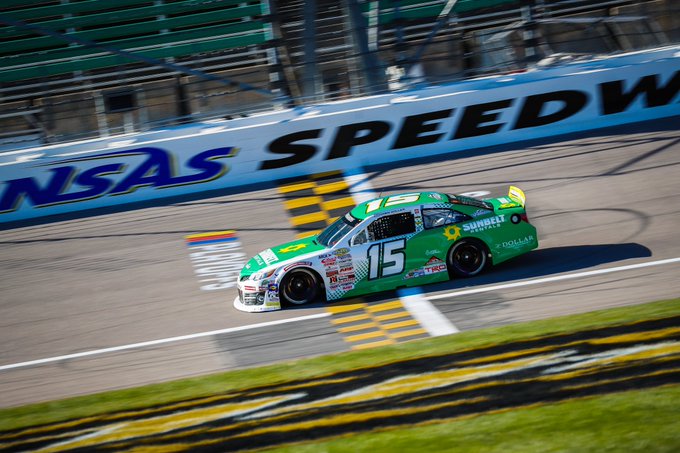 ·      Friday’s Speediatrics 150 marked the 20th and final race of the 2020 ARCA Menards Series season. It was the series’ second stop at the 1.5-mile Kansas Speedway.

·      With a limited practice, groups of five cars were allowed five minutes on track Friday afternoon. At the end of the short session Heim was fourth, Self sixth, Dollar eighth and Smith ninth.

·      Green flag waving, Dollar and Heim started working their way forward into the top-five. Self and Smith found themselves fighting fuel issues and worked to conserve until the first break.

·      Under the first break, Self and team diagnosed their issue and were able to get it fixed. Everyone took the opportunity for four tires, fuel and a round of adjustments.

·      Smith continued to be plagued by fuel issues for the remainder of the race, while Heim continued to lead in dominating fashion. Dollar and Self stayed solidly inside the top-five as the laps wound down.

·      Checkered flag waving on lap-100, Heim crossed the line first, claiming his first career ARCA Menards Series victory as well as Toyota’s 100th in the Series. Self came home fifth, Dollar, who was caught up in a last lap wreck, eighth and Smith 13th.

“Enjoyed the race at Kansas (Speedway) even though it didn’t end up how it should have for us. We had a solid Sunbelt Rentals Camry and really should have finished fourth or fifth. Thank you to my team at Venturini Motorsports for sticking with me all year and working hard all season.”