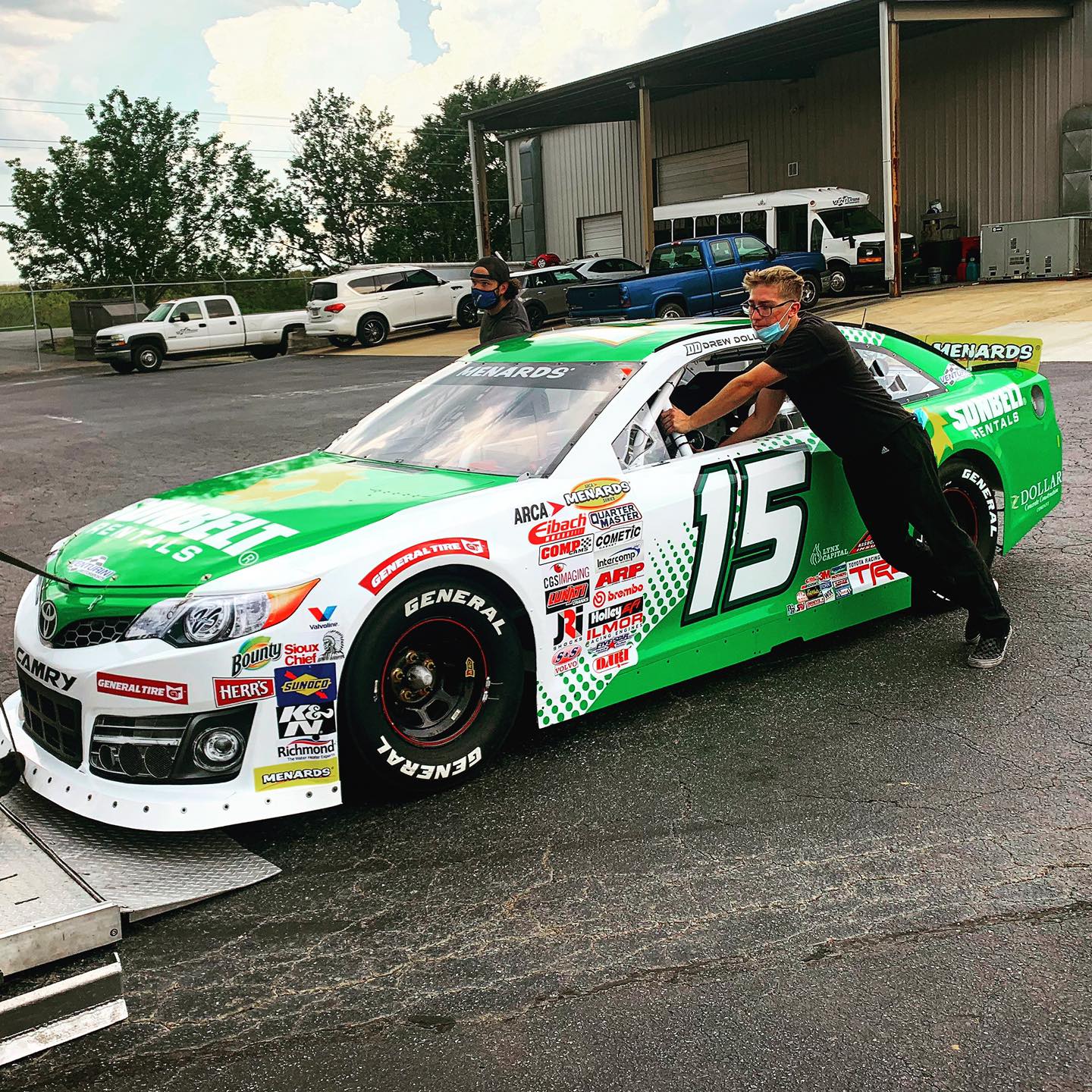 ·      Friday’s General Tire 100 was the first ever ARCA Menards Series race on the 3.61-mile road course at Daytona International Speedway and marked the 12th race of the season.

·      With the only practice session on the schedule for the entire weekend, ARCA officials allowed the teams one-hour on Friday on the new track.

·      Persistent rain and lightning plagued the greater Daytona area for much of Friday afternoon, pushing back the race almost three hours. Once the race did start, teams opted to put on their first set of General Tire rain tires to take the green flag.

·      While Dollar and Smith were making their first ever road course starts, Self, a seasoned vet at making left and right turns, began to battle for the top spot immediately.

·      Stage one ended at the races halfway point on lap-14, where all three VMS cars came to pit road for fuel, rain tires and adjustments.

·      With the last segment just a short 12-lap dash to the finish, Dollar and Smith set their sights on the top-10 while Self once again battled for the lead.

·      Checkered flag waving on lap-28, Self crossed the line first, making history as the first driver to sweep the 2.5-mile superspeedway oval and the road course in the same year. Smith came home ninth and Dollar 12th.

·      On deck next for VMS is the ARCA Menards Series race at the WWT Raceway at Gateway, on Saturday, August 29th. The team will field Toyota entries for: No. 15 Drew Dollar, No. 20 Chandler Smith and No. 25 Michael Self

“The road course at Daytona (International Speedway) was a tough one for us. I had never raced on anything like that before and with a limited amount of practice it was a big learning curve. All-in-all it was still a fun day and I learned a ton. Really looking forward to heading to Gateway in two weeks.”