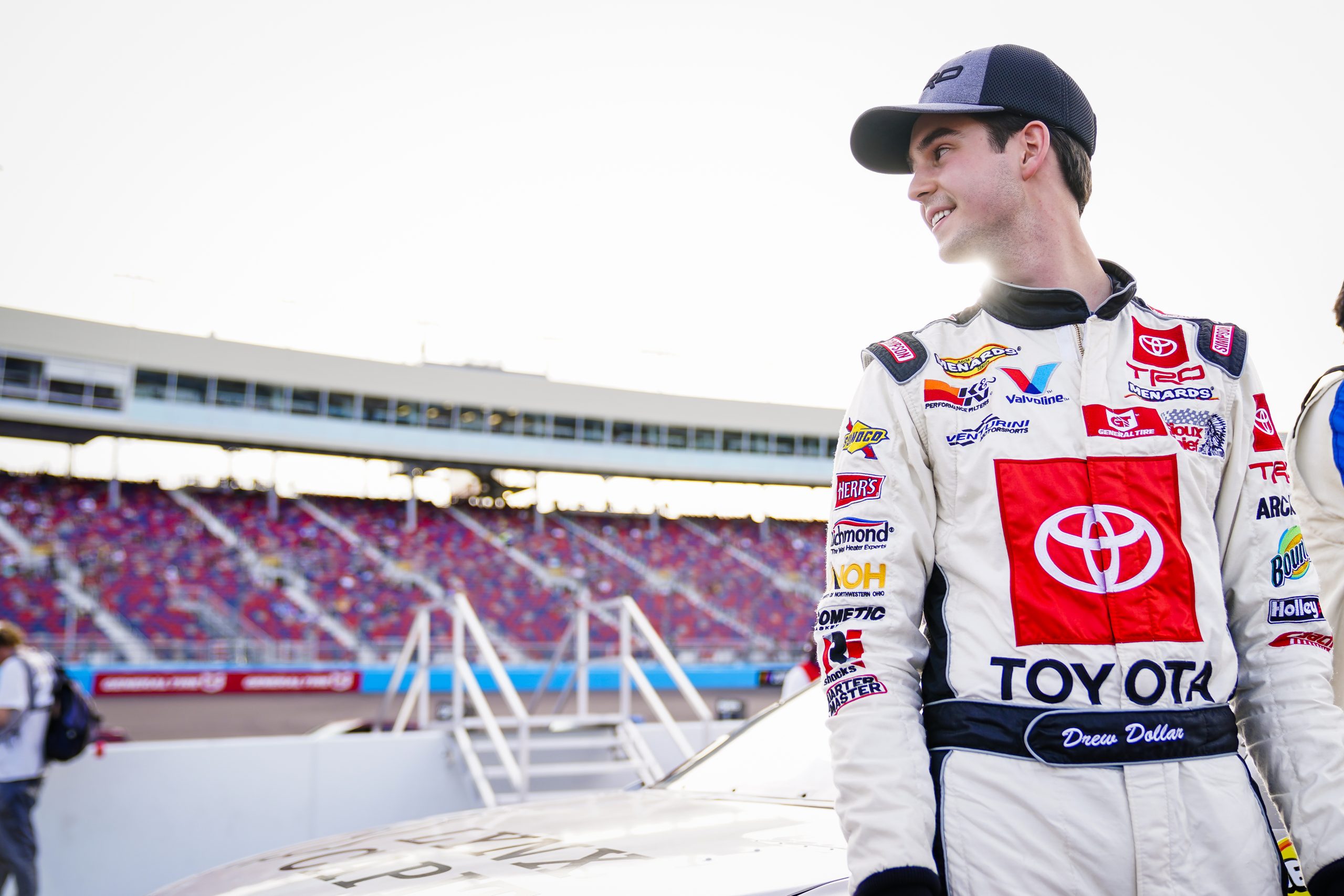 ·      The historic double header weekend at Toledo Speedway marked the halfway point of the 2020 ARCA Menards Series season with Friday’s race being the ninth scheduled and Sunday’s the 10th.

·      Sunday’s race was originally scheduled for Saturday, August 1 but after only six laps, mother nature set in and ARCA officials were forced to postpone the race until Sunday.

·      With a condensed weekend schedule due to rain, ARCA officials held one practice session Friday afternoon. Self laid down the fifth fastest time, followed by Smith in ninth and Dollar in 11th.

·      ARCA officials used Friday’s lone qualifying session to set the field for both races. The first lap of the two-lap run would set Friday nights race and the second Sunday’s. For Friday’s race Smith earned the General Tire Pole Award followed by Self in fourth and Dollar in sixth. Sunday they would line up Smith second, Dollar fourth and Self ninth.

·      Smith set off to a commanding lead in Friday’s Menards.com 200 leading the first 103-laps of the race, while teammates Self and Dollar steadily worked inside the top-five.

·      Utilizing the lap-75 and lap-150 breaks, all three VMS entries took tires, fuel and rounds of adjustments to combat the changing track conditions as night set in.

·      Shortly after the last break, Smith would suffer a front suspension issue, knocking him out of the race for the night. Meanwhile Self and Dollar continued to battle towards the front. At race end, No. 25 Michael Self was fifth, No. 15 Drew Dollar sixth and No. 20 Chandler Smith 11th.

·      With Saturday’s originally scheduled race postponed after six laps, the trio made quick work of the green flag Sunday. Self began working his way through the field as Dollar found himself in a tight, side-by-side battle inside the top-five, while Smith chased the leader from second.

·      Due to the tight battle, Dollar would receive significant front-end damage from a competitor. Undeterred, he and his VMS teammates hit pit road on lap-75 for the first break. All three took tires, fuel and adjustments, while Dollar’s crew made quick work on repairs.

·      Shortly after taking the green flag, mother nature reared her ugly head once more, causing a round of quick cautions, before ultimately forcing officials to end the race early on lap-127. Smith would finish second, with Self in fourth and Dollar ninth.

·      On deck next for VMS is the ARCA Menards Series race at Michigan International Speedway, on Sunday, August 9th. The team will field Toyota entries for: No. 15 Drew Dollar, No. 20 Ryan Repko and No. 25 Michael Self

“In the first race, I should have finished top-five easily. Had a fast Toyota Camry at the end, just fought handling a little the entire night. Race two was a lot rougher. Spent most of the day racing with cars that we were much better than and found ourselves in some bad situations. Happy to get out of Toledo (Speedway) and move on to Michigan (International Speedway).