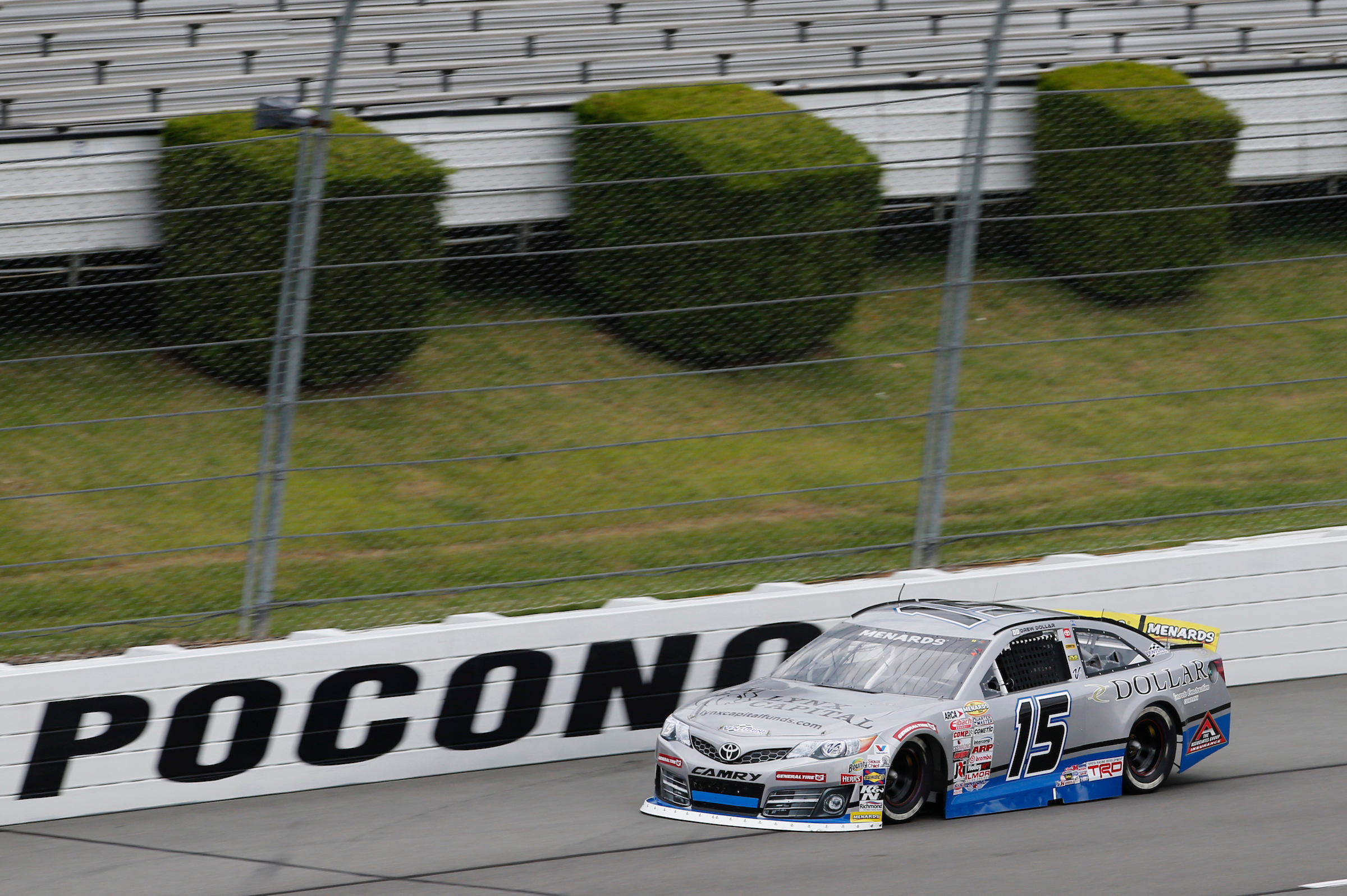 ·      With a condensed at-track schedule, officials held a 45-minite practice session Friday afternoon, allowing cars to hit the track for five-minutes in groups of five. At the end of their session Smith, Self and Dollar lined up first, second and ninth respectively.

·      Qualifying was set off 2020 owner’s points. Self would lead the field, followed by Dollar in third and Smith in fourth.

·      Dollar made quick work at the start of the race, charging into the top-five shortly after the green flag flew. The race marked Dollar’s first ever appearance at the “Tricky Triangle.” Meanwhile up front, teammates Self and Smith, were battling for the lead before the first break of the day on lap-21.

·      All three VMS cars utilized both breaks during the 80-lap race, to take four tires, fuel and a round of adjustments. With all three Toyota Camry’s steadily racing between first and sixth, the sun started to set on the 2.5-mile triangle, changing the handling of the cars.

·      Smith continued to work on chasing down the leader as Self and Dollar battled their way around the top-five mark.

·      On deck next for VMS is the ARCA Menards Series race at Lucas Oil Raceway on Friday, July 3rd. The team will field Toyota entries for: No. 15 Drew Dollar, No. 20 Chandler Smith and No. 25 Michael Self

“We definitely had a lot of speed in our Toyota Camry this weekend at Pocono Raceway. I was really happy with the handling and look forward to getting to some more intermediate tracks this season. We fought a vibration the whole race that was causing the car to pop out of gear. Overall, it wasn’t a horrible points day and I will just keep working to get better.”