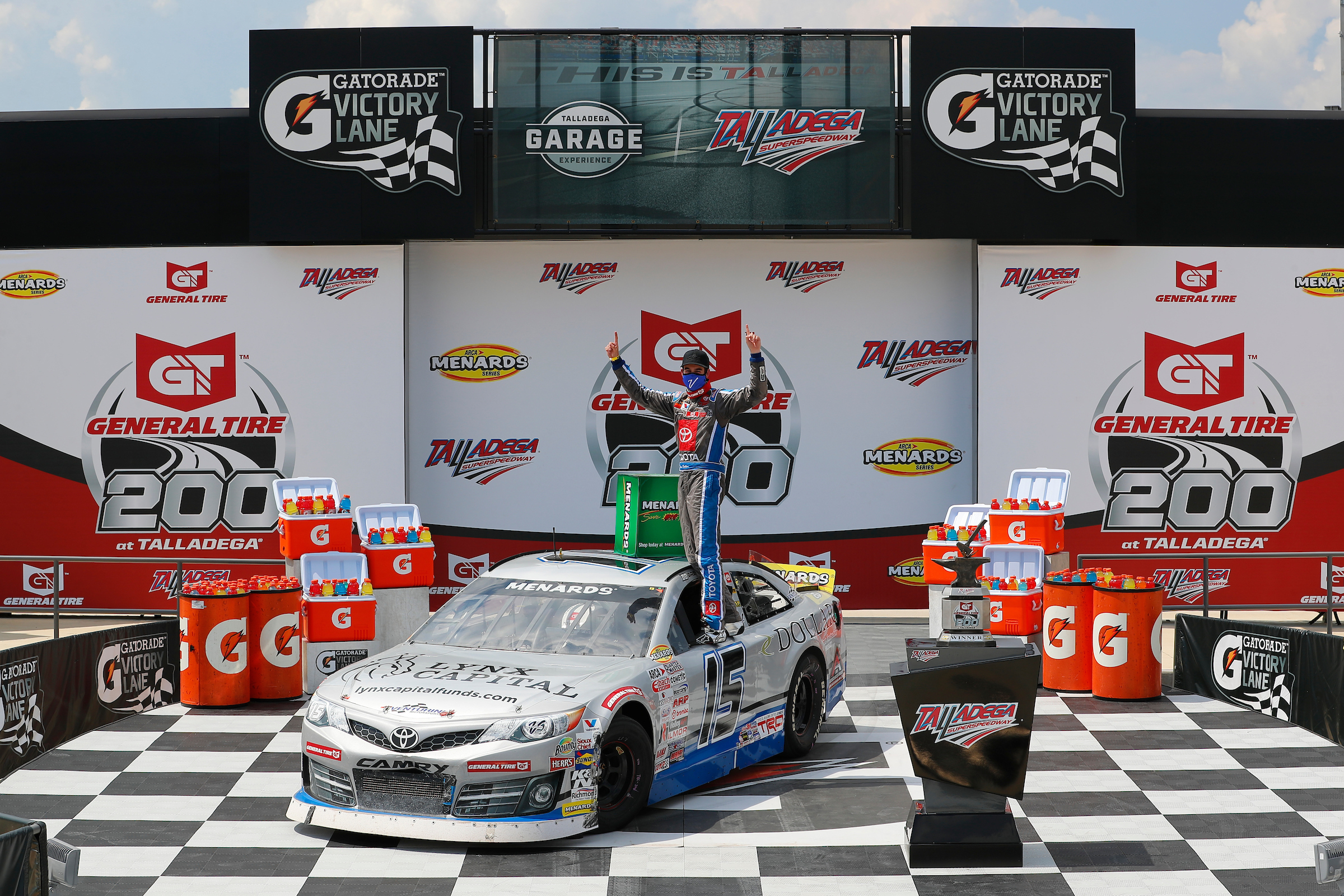 ·      With a condensed at-track schedule, officials held a 30-minite practice session Saturday morning, allowing cars to hit the track for five-minutes in groups of five. At the end of their session Self, Repko and Dollar lined up third through five respectively.

·      Qualifying was set off 2019 owner’s points. Repko would lead the field, followed by Dollar in second and Self in fifth.

·      Dollar made quick work at the start of the race, taking over the lead from his teammate Repko, where he settled into third. Self, caught on the high-side, was able to get in-line in 6th. In a relatively uneventful first half of the race, the teammates wound down the laps until the lap-38 caution for the midway break.

·      During the midway break everyone came to pit road, where their crews performed minor adjustments, checked over everything and filled up their Toyota Camry’s with fuel.

·      Working together to take over the lead, all three drivers found themselves in line charging past the leaders. In a wild turn of events, Self was sent sideways by the leader, but through some masterful driving, saved the car and kept it under its own power.

·      Dollar sped off with the lead, while Repko chased him down through the tri-ova. Dollar would ultimately cross the start/finish line victorious, in only his fifth ARCA Menards Series start and giving the team their first Talladega Superspeedway victory. Repko would finish second and Self battled back to fifth.

·      On deck next for VMS is the ARCA Menards Series race at Pocono Raceway on Friday, June 26th. The team will field Toyota entries for: No. 15 Drew Dollar, No. 20 Chandler Smith and No. 25 Michael Self

“It feels really good to get our first ARCA win out of the way early this season. Talladega Superspeedway is about the coolest place I could have hoped to win at, it’s really a dream come true. I’m also really proud to get the Venturini Motorsports team their first win at Talladega. We had a really good Toyota Camry all day and put ourselves in the right position at the end to bring home the win. Focus is now all to Pocono Raceway next week.”