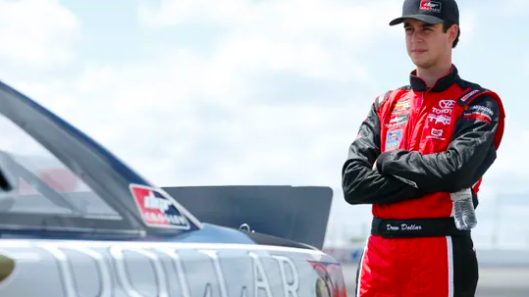 Drew Dollar and his No. 54 Dollar Concrete team head to Memphis looking for their first win of the season

Drew Dollar will pilot the No. 54 Dollar Concrete Camry this weekend at the 0.75-mile track of Memphis (Tenn.) International Speedway. The Memphis 150 will mark Dollar’s fifth start in the NASCAR K&N Pro Series East. So far this season, Dollar has had one top-five and three top-10 finishes.

Dollar started out the season at New Smyrna Speedway where he had his first top-10 finish. He then went on to Bristol (Tenn.) Motor Speedway where he earned a top-five finish. The No. 54 team last raced in the Twin 100’s at South Boston (Va.) Speedway. After a run in with the wall, Dollar fell back to finish 12th during the first race. In the second twin race, he ended up with his third top-10 finish of the season, finishing sixth.

This will be the Sunoco Rookie of the Year contenders first race at Memphis, but Dollar’s crew chief, Chris Lawson, has plenty of experience at the 0.75-mile track. DGR-Crosley collectively has two Pole position starts and two top-five finishes at Memphis. Last season, Tyler Ankrum started on the pole with teammate Tyler Dippel right beside him starting second. Ankrum went on to finish second and Dipple third. DGR-Crosley will have three chances at a win in Memphis as the team fields three Toyota Camrys for Dollar, Tanner Gray and Ty Gibbs.

Dollar on Memphis: “I’ve been looking forward to this race at Memphis for awhile now. This will be the biggest track that I’ve ever raced on, but the team had fast cars there last year, so I’m confident that I’ll be able to get up to speed quickly. I’ve been working with my crew chief and talking with my DGR-Crosley teammate Tyler Ankrum who ran Memphis last year and finished second. I’m also glad that we’ll have David [Gilliland] back at the track and giving us advice. Having him on the radio is a huge asset. I’m excited to get there and get some practice laps with my team on Friday and put on a good show Friday evening.” 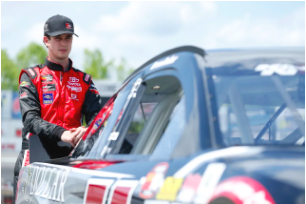 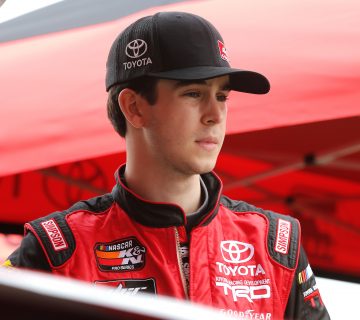